It’s just a guess, but on the 5th floor of a swanky office in the west end of London sandwiched between the Marketing Department (below – obviously) and Accounts (above), you will find a brace of lawyers avoiding eye-contact with just about everyone else in the building. Trainees acting as couriers are sent to the water cooler for refreshment. Files are piled high on desks, akin to the Heard v Depp trial, to mask blushes. We refer to the Mayfair-based London Head Office, “Vogue House”, of New York publisher Conde Nast. For how else, can what happened recently to a small pub in Cornwall be explained other than by a lawyerly cock-up? The scene of an unforgiveable yet truly risible, attempt to claim the old intellectual property tort of ‘Passing Off’.

What is Passing Off?

There are pages and pages in legal textbooks on Passing Off. We’ll save you the read. The gist is pretty simple. It is legally wrong (a tort) to pass yourself off as another or part of another established business, and gain advantage from so doing. To do so is being seen to ‘live off’ another’s good reputation and endeavour. And that’s not fair, it’s not ‘cricket’. So, if you do this you can be sued for damages. Before that, typically, you are threatened with a ‘cease and desist’ letter and told in no uncertain terms, change direction, or prepare to be sued shirtless. For a small business, like a pub, it’s the sort of letter that fair ruins your day. Unless, of course, it’s tainted with lunacy from the outset.

Mark Graham is a 60-year-old publican in Cornwall, where, mostly, he minds his own business…literally. His pub is called The Star Inn at Vogue. There’s been a pub on that site and of that name for as long as anyone can remember. And “Vogue” itself being the centuries-old name of the village in which the pub is located. Out of the blue, Mr Graham received one of those day-wrecking ‘cease and desist’ letters referred to above, from the publishers of international fashion magazine – Vogue. It demanded the pub change its name or he, and it, will be sued. The ‘best’ bit of the letter claimed the similarity between the pub’s name and the publishers ‘international magazine’ might confuse customers into thinking the two cooperate. Yeah – really…!

The nonsense of the alleged wrong being evident from the start, led to a witty response from Mr Graham that has been widely reported. Rightly so. And to be fair to Conde Nast, its backtracking was swift and genuine. As Mr Graham pointed out –does the legal department have access to Google?

Comical and clumsy as this passing-off attempt was, for every one of these there are scores of others far less obvious and more finely balanced. The ‘MO’ is similar with, most often, a large corporate swinging its big legal guns towards a small owner-managed target. It’s real David and Goliath stuff. Exchanging a slingshot for something more ‘pokey’ requires foresight. Equality of arms can be achieved. IPI is the way forward. On so many occasions we have seen IPI-covered SME’s ‘see off’ big predators merely by mentioning in their response to the C & D letter, they are fully insured should the matter not be reviewed, and a lawsuit issued. Implicitly, IPI gives the ‘hunted’ access to top IP lawyers– it comes with the cover – and the battle suddenly looks more evenly matched.

Your IP-rich commercial clients need not be bullied. You know where to find us.

The withering look is in this year

Let’s hope the Conde Nast lawyers responsible for the recent Cornish farce don’t find themselves trapped in a lift with the legendary Anna Wintour anytime soon. 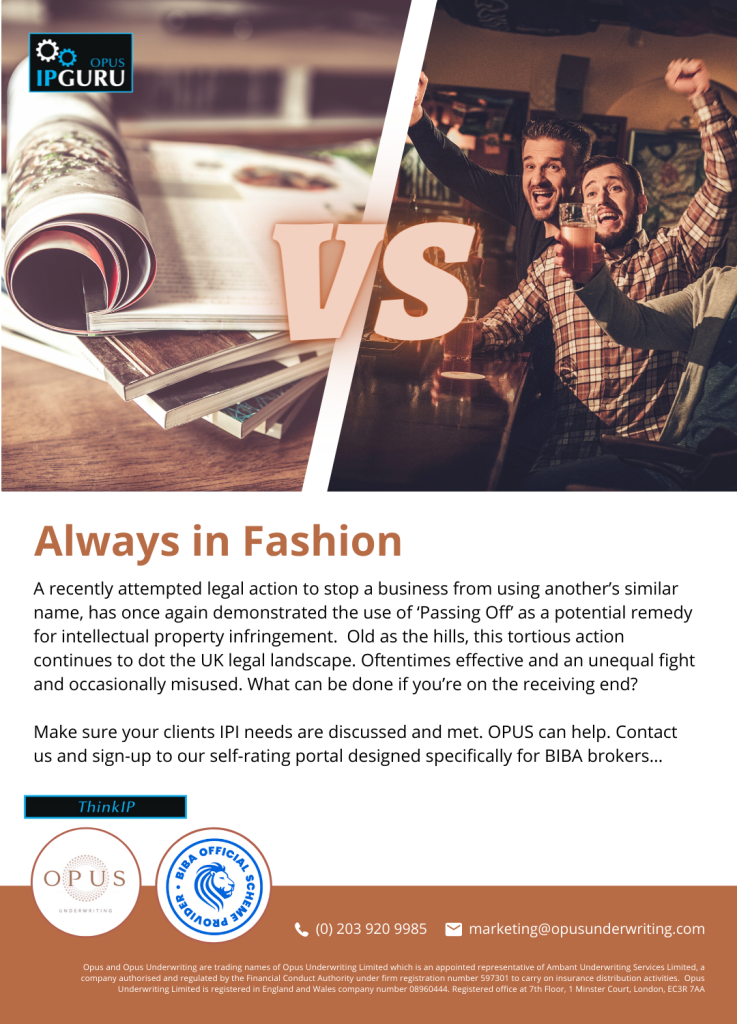 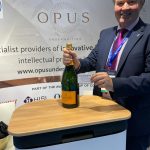 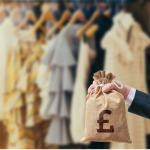