Who does she think she is? It’s an English word that’s been in use hundreds of years. The audacity! How dare she try and steal our language! She can’t be serious?

Just some of the recent media outpouring of hostility towards Meghan Markle and the Sussex’s generally over a March 2022U.S. filing of a trademark application in connection with the word “Archetypes”.

Keep calm and read the law

But hang on. Hold that bile. Let’s dial back the outburst of negative emotion and have a look at the facts and the law. Who knows, dull as it may appear, there might even be two sides to this story.

It all started with Meghan and Harry signing a deal rumoured to be worth $18m with Swedish-American streaming business Spotify. In essence, they are contracted to deliver podcast content. So, let’s just say there’s a bit of pressure on the couple. They set up Archewell Audio as the vehicle from which to deliver the podcast content and it’s that entity that filed for the trademark in connection with Archetypes.

Meghan Markle wishes to use the name Archetypes as the title of her podcast series which will, initially, focus on aspects of society, historically and otherwise, that ‘hold back’ women. In the reasonable belief this might be very successful, Ms Markle has, clearly, sought legal advice from intellectual property experts on building and protecting a brand based on the mark Archetypes. Her brand, her idea, her concept. So, yes – she can be serious. Serious enough to file her trademark application to the United States and Trademark Office last month in Delaware, where she and Harry have already set up 11 private companies.

A U.S. Trademark Registration Attorney has already described the proposal filed as:

So, whilst The Daily Mail agitates its readers by alleging Meghan is trying to:

“…stop anyone else using the word…after deciding to use it for the title of her Spotify podcast.”

Others, see plain common sense. Take Kate Cheney, Director of Trademarks with law firm Clarke Willmott, who reported to Newsweek that such a filing:

“…makes very good commercial sense…we always advise clients to file a trademark as soon as possible because in most jurisdictions it’s a ‘file to file’ system. So, whoever gets there first with their trademark application would get their trademark registered.”

Trademarking is important for building and protecting a brand. It’s sensible to think about the brand you may have not what you have now. The reasonableness-test of what Meghan Markle is doing now passed, let’s look at the chances of success.

Perhaps contrary to popular belief you can trademark a common word. You can ‘own’ a piece of language. Think about it. Apple Inc. is the archetypal example. Forgive me, I couldn’t resist it!

So how does that work? Think about it some more. Apple only works as a trademark because it has nothing to do with selling apples but everything to do with a brand of computers. As a name for a computer brand, you could say it’s a bit random. Context is everything. It’s less about owning a word or phrase but more about distinctiveness and preventing customer confusion.

It logically follows that common words or phrases, are within the scope of trademark protection if they are not generic for the types of products or services being provided.

There are five categories of words that can be trademarked.

Meghan Markle’s case falls into the “Arbitrary” category. Far from her filing being a dead loss, it’s quite possible she will succeed. Remember the example of Apple Inc. and the word being “random” in its usage and attachment?

The more disconnected “Archetypes” is from the business of podcasting, the more likely it is to succeed as a trademark application.

There we have it. Not a mad idea. Not a bad idea. But rather one that is realistic and sensible. The law can be full of surprises.

Note too that even if the filing fails, who is front and centre of our press? Spotify is coming – look busy. Win, win! 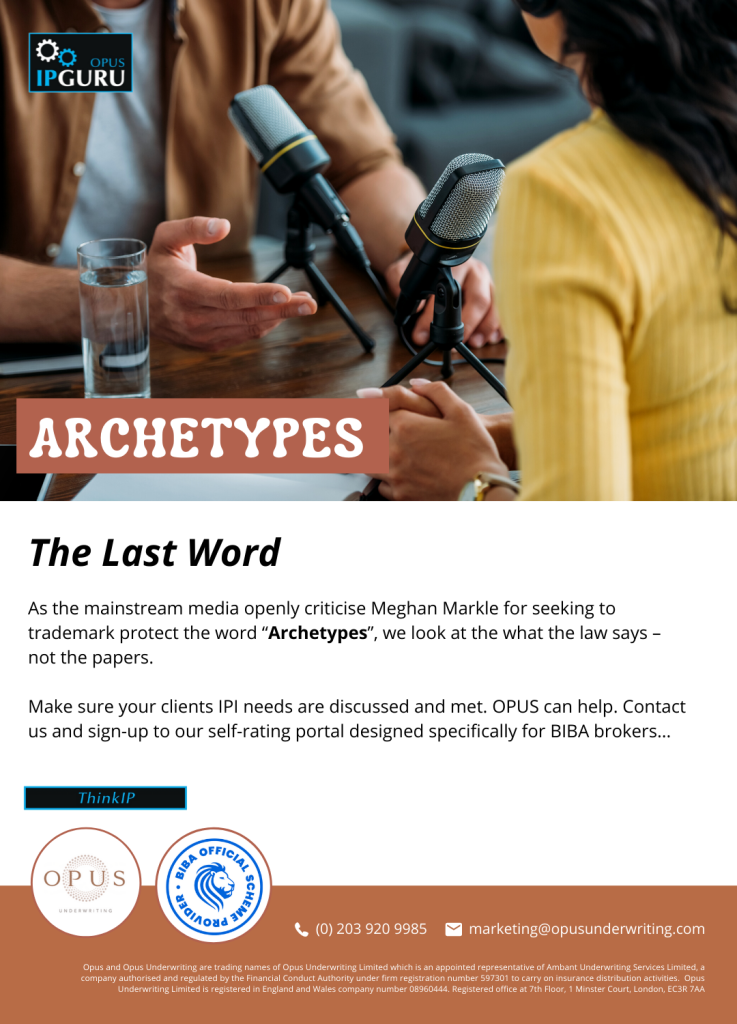 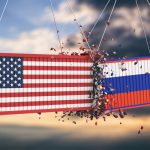 Never wrestle with a pignews