Out there and living amongst us…

Not an alien concept
The march of intellectual property-rich UK companies from start-up to mature, continues at pace according to a report last month from Tech Nation, the tax-funded body that promotes the UK’s tech’ industries.

Opus has long foretold the emergence of businesses in the UK with intangible assets greater than its tangibles. For savvy brokers the pivot towards them with relevant covers to protect these new-look assets will bring rewards. If you’re not promoting IPI to your tech’ clients, or actively looking for tech’ clients, you might want to change direction.

Fine-looking figures
Tech Nation reported that 2019 was another record-breaking year for investments in the UK tech’ sector with £10.1bn invested – up £3.1bn on 2018. UK companies secured a third of the £30.4bn raised across Europe receiving more than France and Germany combined. Growth in VC investment exceeded 40% for the third year in a row. Over the same period France grew just over one third and Israel (long regarded as the natural home of the entrepreneur) by a fifth. Britain is now third behind US and China in VC funding.

Unicorn capital of Europe
In 2019 eight UK digital companies passed the $1bn (“Unicorn”) valuation landmark including Rapyd, Checkout.com, CMR Surgical (medical robots), Babylon Health (diagnostic Apps), Trainline and Ovo Energy.
Over the last 20 years the UK has created 77 $1bn businesses – twice that of Germany. The UK Fintech sector, which includes Acuris, has developed into one of the most competitive in the world.

Digital Secretary Nicky Morgan said:
“These brilliant new numbers demonstrate the strength of the UK tech’ industry and how it is sweet spot of our economy.”
Half of last year’s investment came from American and Asian investors, easing fears that overseas venture funds will look elsewhere in Europe.

Morgan goes on to say:
“Our tech companies are not only commanding the confidence of global investors, but they are also creating new jobs and wealth across the country.”

Brexit and all that…
It is both interesting and topical to note, in light of last Friday’s flag lowering over Brussels, the report confidently suggests Britain will continue to create valuable tech’ companies even as its future relationship with the EU is unclear and perhaps, ultimately, less attached. Undoubtedly the uncertainty over Brexit choked-off inward business investment in the last three years but, evidently given the above numbers, it didn’t deter early stage tech’ investors.

The reasoning is the tech’ sector is considered to be less exposed to Britain leaving the EU with a ‘bare-bones’ trading deal – think Australia as opposed to Canada on current Government thinking – as opposed to other industries which may face disruptions over tariffs and border checks on physical goods. Moreover, ‘pay and rations’ in digital industries are comparatively high making it easier to secure new government visas (post-transition) for the skilled workers they require.

Clear and present Broker opportunity
The UK tech’ sector is booming and spreading across the regions, not just in London. Britain is an innovation superpower. Ideas and innovations need protecting. There is no better time to ‘have that conversation’ with your clients on their IPI needs.
The team at OPUS is here to help. 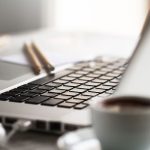 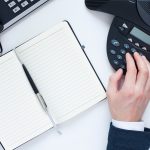