International fashion brand theft of another’s ideas and designs is rife. The big brands are often the worst offenders. So how in the world do they get away with it in plain sight of the creator?

Perhaps surprisingly the problem might be America. Surprising because it’s the Americans (and Trump in particular) that constantly bemoan the alleged intellectual property (IP) theft by the Chinese. “Kettle…pot”. How so?

Tee-leaf
Let’s take an example and there are many to choose from. Carrie Anne Roberts a micro, independent British designer for her brand Mere Soeur designed a graphic Tee-Shirt for Mums and Mum’s-to-be with the words “Raising The Future” on the front. Sticking with the theme was a matching Tee for children with the words “The Future”. Catchy and fun, Carrie Ann sold hundreds to her customers many of whom were in the U.S.

Enter shameless copier Old Navy, the $7.9 Billion annual revenue U.S. company, with a rip-off version of single-Mum Carrie Anne’s design. Old Navy take some flak from Mere Soeur fans on-line through Instagram, outing its behaviour, and eventually pull on-line sales of the Tees. But does it apologise or compensate the creator – certainly not. Instead it reminds her she has no trademark for the phrases used or trademarks for the font or graphic design of the shirts. It claims it was free to do what it did, and Carrie Ann had no legal IP rights at all.

America; Wild West IP backwater…
What happened to Carrie Ann will continue to happen because smaller fashion businesses are not fully protected under American copyright law. The American rules are decades old and aimed at protecting manufacturing industries not creative ones like fashion. Unlike music, drama, literature and art, fashion simply doesn’t get the same level of protection in the States which allows clothing designs to be ripped-off and blatantly so in many cases. Moreover, it’s typically the big fashion brands that rip-off the smaller ones in their unquenchable thirst for popular new lines to feed their customer expectations. Did you know that ASOS claims to add 4,000 new styles to its site each week? It’s this sort of statistic that gives us the scale of demand for fashion ideas.

American laws do not provide a monopoly protection for “useful things” such as clothes and accessories. To achieve protection, you must split the creative elements of the design from the functional. You can protect a designer’s name or logo but not the underlying design. Trade dress protection, a subset of trademark law, provides protection for the appearance of a product but only if it is deemed to have reached the necessary level of “secondary meaning”. Which, translated, means where a brand can prove that customers link the appearance of the product with a single source. A Louboutin red shoe sole perhaps.

Why is Europe different?
The fashion industry in Europe is more established. Many were founded in the early part of the 20th century and some go back to the 1800’s. Along with the fashion houses are textile production plants, themselves well established in history. Little wonder then that France, Scotland and Italy, to name a few, have extensive copyright laws that protect fashion if you can make your way around the roadblocks of time and expense.

Are the times a’ changing?
America is the upstart newcomer by comparison with its fast-fashion creating multi-billion-dollar brands. We all know these brands; Michael Kors, Donna Karen, Calvin Klein etc. so why haven’t American laws been updated to protect IP theft? Simple answer is the U.S. law-making apparatus (Congress) doesn’t see the need. The fashion industry in the U.S. is competitive and doing well and Congress fears any tinkering with the laws could impede this progress and stifle new blood entering the market. They don’t see the current unprotected system as broken.

Most independent fashion artists disagree. They see the big players stealing their work in America with apparent impunity. Even in Europe, the law of ‘deep pockets’ often precludes a legal action, however valid against a big company infringer. In the words of one small designer caught up in a dispute with Zara:

“They have so much more money, and they know that pursuing these lawsuits is very costly and a lot of artists can’t afford to go through with them”…expecting them to…”cave in and not do anything, or settle for a really low amount.”

Social media, as ever, a blessing and a curse…
Social media can quickly and effectively promote a fashion design. Instagram has become an idea generation tool for the big fast-fashion houses and their design scouts. This can hurt the independents. Conversely, social media can be weaponised by the same independent artists with on-line mobs calling-out rip-offs when they spot them and shaming fashion theft by the big players. A strategy that rescued the situation for Carrie Anne Roberts. 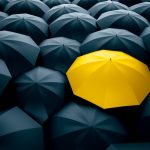 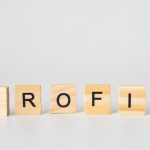