Or is She? We’re referring to brazen western brand appropriation to demonstrate consumer continuity in Moscow to quieten the ‘ponies’ in the shadow of a protracted war. Is it effective and is it lawful? It’s certainly opportunistic.

Readers of this journal will recall the posting in March 2022 (“Never wrestle with a pig”) which, within weeks of the invasion of Ukraine, detailed Russia’s domestic emergency court ruling allowing, in effect, trademark theft over exiting western businesses given the sanctions imposed by the free world on Russia. Commentators then referred to it as legalised piracy.

So, we know the answer to the second limb of the question posed above must be: it’s legal in Russia. By looking at two key brands and how Russia has dealt with them in the last few months, the court of public opinion and observation outside of Russia, can deliver its own verdict.

McDonald’s fast-food chain was one of the largest global brands to leave Russia post invasion of Ukraine. It continues to feed the Russian nation but gone are the McDonald’s golden arches logo to be replaced with a red circle and two orange lines to represent a burger and chips. It’s an abstract image, not quite worthy of Wassily Kandinsky, but it appears to be an original new logo even if the fare offered is broadly similar. Fish burgers, chicken nuggets and double cheeseburgers all being on the menu. The self-confessed intention of the restaurant chain as expressed by Oleg Paroev, chief executive of the new owner,

“…is that our guests do not notice a difference in either quality or ambience.”

But what of the name? Here’s interesting.  One of the original options was reported as being “Tot Samyi” meaning “the same” in English. In keeping with Paroev’s stated aim but not the one they eventually went with, which is “Vkusno & Tochka” translating as “Tasty and that’s it”. Let’s assume it has more of a ‘ring’ to it when muttered in the Russian language by a Ushanka-wearing happy customer.  Continuity did win through to an extent, via slogans sewn on the employees’ uniforms saying: “The same smiles”.

It’s a sizeable business in Russia employing over 50,000 staff in 850 outlets and is now owned by Alexander Govor who, it is alleged, bought the business with the assistance of state-run bank Sovcombank. A note of caution as reported by The Guardian some months ago when the first few restaurants re-opened.

“…one protestor held up a sign: “Bring back the Big Mac.” He was swiftly escorted out.”

Starbucks has a Russian successor. It’s called “Stars” and intends to take on the 130-café estate that Starbucks vacated and presumably many of the 2,000 staff. The first coffee shop was unveiled just last month in Moscow. Rapper Timati and restaurateur Anton Pinskiy bought the assets. A new form of oligarch is born.

Again, as in Tasty & and that’s it (nope, I can’t get used to it either) the new owners clamoured for some continuity. So much so the logo is, to ordinary coffee-lovin’ folk, extraordinarily similar to the Starbucks original. It’s worth a Goggle to see it for yourself.

Those of you who enjoyed childhood comics will recall the image-game “spot the difference”. Keep that in mind as Timati and Pinskiy labour to explain the logo differences. The “Stars” logo is described as “…a masculine brown…”  as opposed to green, except for the inside where there is a familiar long-haired Siren-like female image. But they opine,

“…if you compare, then apart from the circle, you won’t find anything in common”,

says Pinskiy as reported by Sky News last month. “Yeah, right”, being the likely response from a casual observer. Starbucks have declined to comment.

At this point, outside of today’s Russia, it’s worth listing the key ingredients of the IP infringement tort ‘Passing Off’’. In laymen’s terms this is what happens when an individual or a business misrepresents someone else’s goods or services to try and pass them off as their own.

Being; reputation, misrepresentation, and goodwill. The timeless components of Passing Off.

Coffee and burgers. The modern world loves them. Could it be that so much is invested by ordinary folk in these commodities being readily available that a state like Russia, as a badge of modernity, needs them to continue at all costs?

Keep calm and carry on (infringing?). A war slogan or a comedy? You decide which is more appropriate. 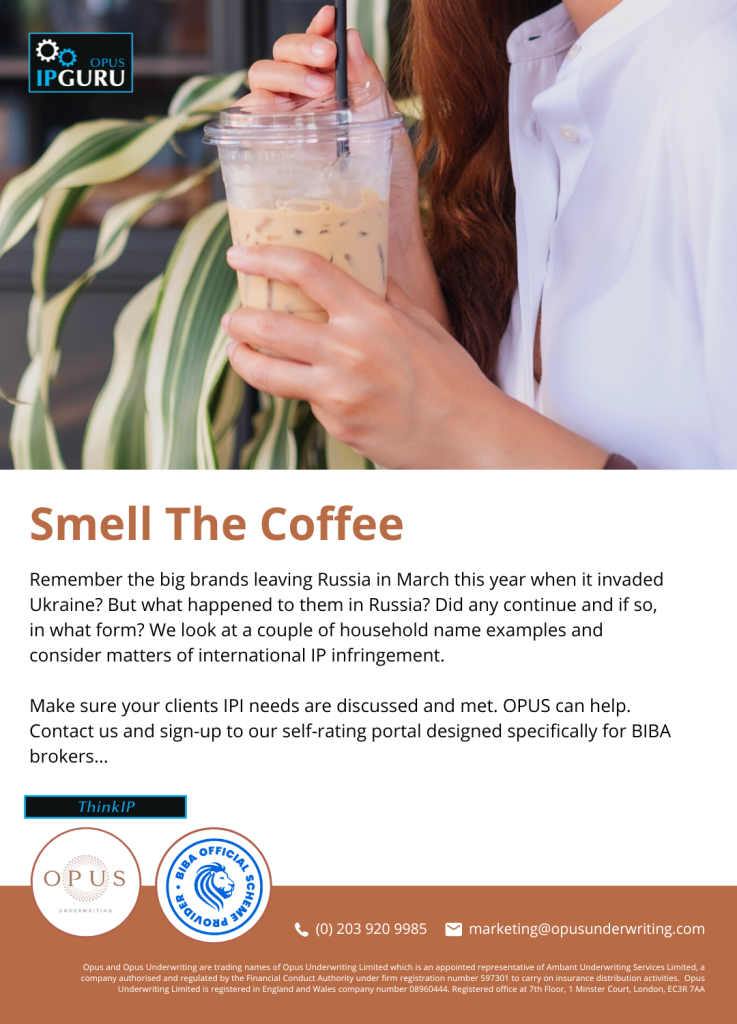 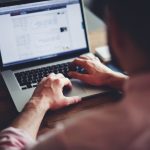 Go Ahead. Make my Daynews