At the Heart of Invention

Think of an inventor. Hold that image. Is it the suave James Dyson or scholarly Tim Berners-Lee? Or, perhaps drawn from theatre and the movies, think Professor Caractacus Pottsfrom Chitty-Chitty Bang-Bangor swivel-eyed, wild-haired Doc Brown from Back to the Future. Shame on you for not considering a woman (bet you didn’t).Marie Curie should have got a look in and perhaps the 1940’s actress Hedy Lamarr who was not only promoted by Hollywood as “ the world’s most beautiful woman ” but during World War 2,co-invented a radio guidance system for Allied torpedoes. That’s proper multi-tasking.

Whether real or theatrical, all the above have one thing in common. They are all human. But, does an inventor have to be human? On that, there is much debate in Intellectual Property circles.

Meet Dabus. Dabus is a machine that invented a machine and tried to patent it. It failed but caused quite a stir. Specifically, Dabus invented a machine that flashed a light in such a unique way the human eye is drawn to it in emergency situations. Very useful and patentable. The inventor of Dabus (a human by the name of Stephen Thaler) applied to the European Patent Office late last year, seeking a patent under the name of Dabus. Similar applications were made to the UK Intellectual Property Office and the US Patent and Trademark Office.

Very recently, all three applications were rejected on the formal ground of failure to fulfil the requirement of the European Patent Convention that: “ an inventor designated in the application has to be a human being not a machine. ” Not even a company, long recognised in law as a distinctentity, can be deemed an inventor. To invent is to be human with a beating heart.

Lovers of AI may beg to differ. They champion non-human ingenuity and maintain some inventions can be AI-generated. Indeed, some go as far as to suggest that if an invention is completely conceived by AI, it would be wrong and nothing less than a misrepresentation to put a person’s name down as the inventor. But, in truth, whatever the motive is in listing machines as inventors the debate is complicated. Not least the subtlety and intellectual gymnastics required to determine when AI autonomously generates inventions and in what way AI-generated inventions differ from inventions developed with the aid of AI? Those in agreement with the Patent Office’s decision argue that if computers rely on instructions defined by a human as to how to solve a problem, the separation between human and algorithmic ingenuity is artificial.

Personally, I prefer a less technical and more practical reason machines can’t be inventors and holders of patents. In fact, one of the most basic of all human emotions – good old-fashioned greed. Patents exist to allow and control a monopoly situation in favour of the inventor. This has been the case for hundreds of years. The money that can legitimately be made from a registered patent is what incentivises and drives the inventor. A machine is not similarly avaricious. Stephen Thaler might disagree. The Financial Times reporting in June 2020 quotes him:

“ I would claim Dabus has feelings…not human feelings but…the formation of a series of memories. You see something, and these chains become a sequence of memories, that’s the essence of sentience. ”

What we can say is the debate over AI patent ownership is an intellectually stimulating idea. For now, the patent authorities have rejected it. Appeals are pending.

Perhaps the final word and profound reminder should go to Gary Smith the author of The AI Delusion 2018; when he states:

“ The real danger of artificial intelligence is not that computers are smarter than us, but that we think they are. ” 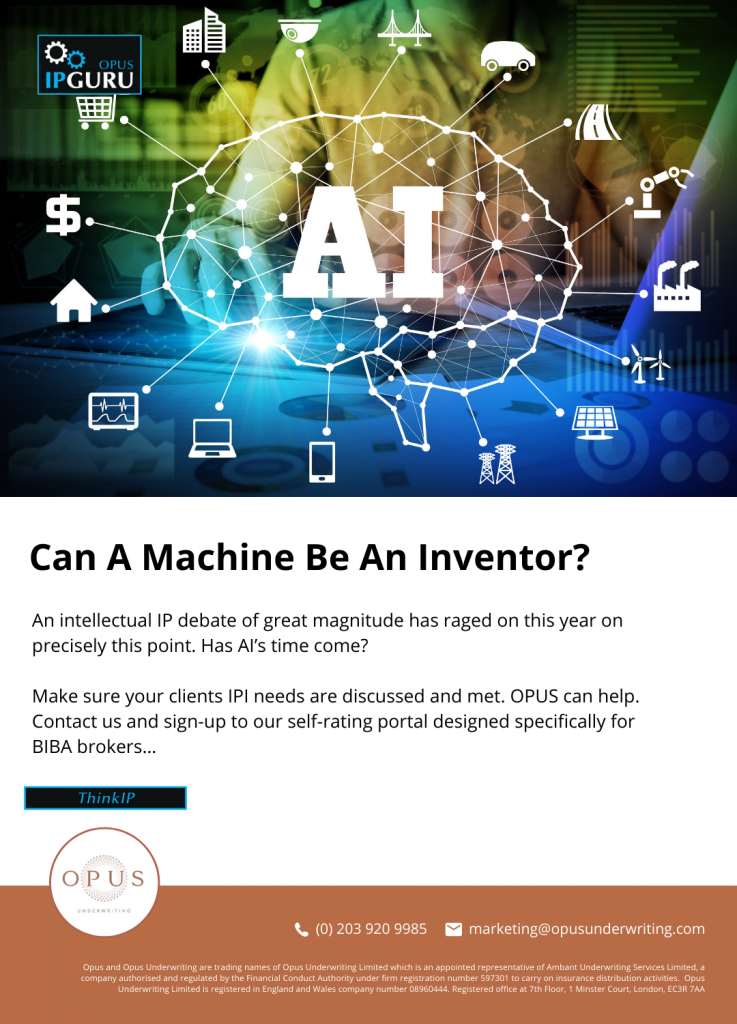 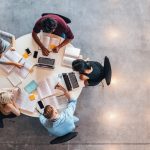 Another Brick in the Chinese Wallnews 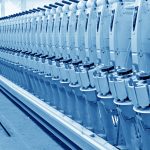