Another Brick in the Chinese Wall

Farewell then, Chinese students. The string of this theory beingthus: Covid-19 epidemic in the UK frightens-off would be Chinese students, a position consolidated and compounded throughinternational ill-will generated by the Huawei 5G U-turn. If true, that’s bad news for UK universities. But, from an IP perspective not all bad news as MI5 has warned UK universities that students from China, particularly, postgraduates, raises the real risk of China stealing research and intellectual property from universities and compromising their computer systems. Fewer Chinese students equals less IP theft – really? Factcheck required.

By 2000, it is reckoned there were some 138,000 Chinese students studying outside of China. According to UNESCO, this had risen to 869,000 by 2017. UK and Australia were the chief recipients of waves of students. Their education financial modelling became dependant on it continuing.  Many Chinese students were paying twice the fees of the indigenous population. Covid-19 fears and the unattractive advent of on-line teaching has suspended this export for the foreseeable future.

The UK has more Chinese students than the rest of the EU combined. They make up a third of all overseas students and in several universities represent a tenth of all students. The market is worth £4bn. There is a risk of collapse in Chinese student numbers coming to the UK. Of that, there is no doubt. Quite what the ‘hit’ to universities will be, is difficult to call. The most optimistic negative forecast is 12% less Chinese students and the worst case 61% less. The latter being akin to financial Armageddon for some UK universities.

So, what we know for sure is there will be less Chinese students enrolling in UK universities in September. We don’t know how many less or quite what the impact will be or knock-on costs for other non-overseas students. We also know the chief reason for the decline in numbers is the parental fear of students catching Covid-19 whilst in the UK. It is not a Chinese state-sponsored boycott…yet.

Much ink has been spilt writing on this subject. How much of it is true is questionable. What we know is intelligence agencies, including our own, have warned universities to put national interests ahead of their own commercial interests (remember the £4bn?) in recruiting students from China.They have been expressly told not to rely on Chinese money. That horse might have bolted…

Of concern to the agencies are joint-funding research projects with China. According to The Times, around 500 Chinese military scientists have been recruited by UK universities in the past decade working on technologies linked to jet aircraft, supercomputers, missiles and even microscopically thin film that could be used to disguise tanks and warships. Very 007.

The Centre for Protection of National Infrastructure (CPNI) which reports to MI5 warns universities on its own website:

“Hostile state actors are targeting UK universities to steal personal data, research data and intellectual property and this could be used for their own military, commercial and authoritarian interests.”  China is not expressly cited as a threat but implicitly, among other states, it is deemed to be one.

Where China is named as a threat by the CPNI is in the sharing of information, data and research with Chinese individuals and organisations since, under Chinese law (from 2017), Chinese intelligence agencies can compel Chinese organisations and individuals to give up what they know on request. A scary thought if you’re an overseas Chinese scientist, or you work with one.

The threat of IP theft and industrial espionage clearly exists. UK universities should be cautious and protective of their IP. Whether the situation has got to the levels alleged by James Dyson in 2011 when he claimed bugs were secreted in labs by postgraduate students who had left the country so spying could continue, is less certain. 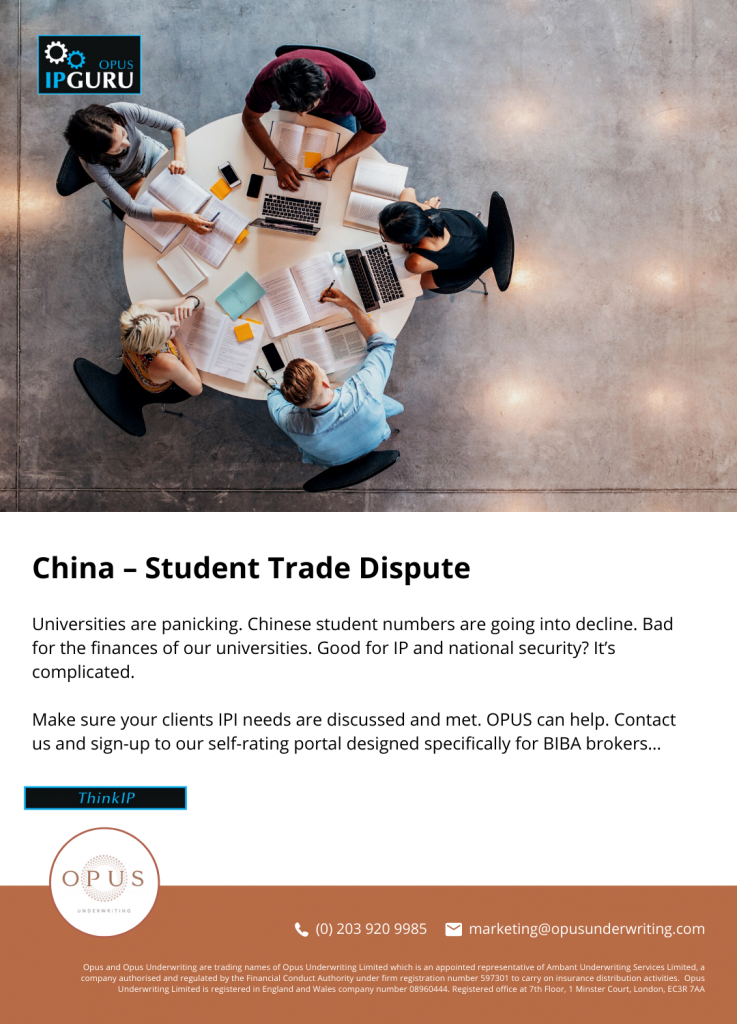 At the Heart of Inventionnews