Something in the lair

Inventors are a curious breed. Sure – we’re all capable of having ideas but how many of us do anything to develop them? That’s the key difference. A combination of self-belief, relentless optimism and sheer effort are all hallmarks of the entrepreneur inventor. There they are, holed-up in their garages, workshops (other dungeons are available) typically fashioning a ‘thing’ into something useful that will help us in our everyday lives. The flow chart to success is straightforward enough: idea – prototype – proof of concept – test market – mass manufacture – sales – happy bank manager and repeat…if you’re very lucky or very talented. But there’s a bit missing. Investment.

The inventor emerges, blinking into the light, presenting his prototype for investment with hope in his heart and a song on his lips for an angel investor. But if he’s not careful the response could go something like this:

“I like your product. I think I can help you but tell me what steps you’ve taken to protect your intellectual property?

None? No patents? Then I’m out, you’re simply not investible”

So why are the Dragons in the Den so obsessed with patents and brand protection?

Return for the dragon

It goes straight to the ‘happy bank-manager’ in the flow-chart. A dragon wants a reasonable chance of getting his investment back. Better still, making a profit on the risk capital he stakes in the business. Securing intellectual property protection potentially allows the dragon to share in the inventor’s legal monopoly and that’s very attractive. Conversely, where there is a great product but no potential monopoly profits, the dragon’s money invariably stays in his pocket.

If the inventor was tuned in to the dragon’s needs in the first place, he too would not want to waste time developing it and its market, merely to have a known competitor or opportunist copy it and beat him to the profits. Had he been more business savvy and less of a dreamer he may not have walked away from the Den empty handed.

Forms of intellectual property (IP) an inventor should consider will include, patents, trademarks, and design registrations. Secure any of these, when it’s appropriate to do so, and the intangible becomes real. It can be bought or sold. It becomes an asset just as much as a physical asset. And, that means it can be monetised for inventors and investors alike. IP has been described as “imagination made real”. Just like a good business protects its physical assets, IP should be similarly protected from unauthorised use.

Not new but better

It’s common to see an entrepreneur pitch an idea that’s not a new product but an improvement to an existing product. It’s obvious some creatives don’t see this as an invention. The law on IP does. Patents are available for improvements and that’s most often how technology evolves – not by seismic leaps but by much more subtle revision and improvement. Take the example of a suitcase. It’s been around for decades in similar form then someone decides to attach wheels. What a transformation! Now who doesn’t want or own one. Better still, reduce it in size, brighten the colour and put a seat on it and suddenly airports and toddlers are a good mix.

It’s often the improvements on existing products, brilliant though they may be, that the inventor has failed to protect and it’s precisely this that frustrates the dragon who’s just witnessed a profitable opportunity slip through his hands.

Way of the dragon

Any dragon with pots of cash to hand over will tell you the basic rules:

Have something worth investing in. Then maybe, just maybe, the dragon will say: “I’m in!” 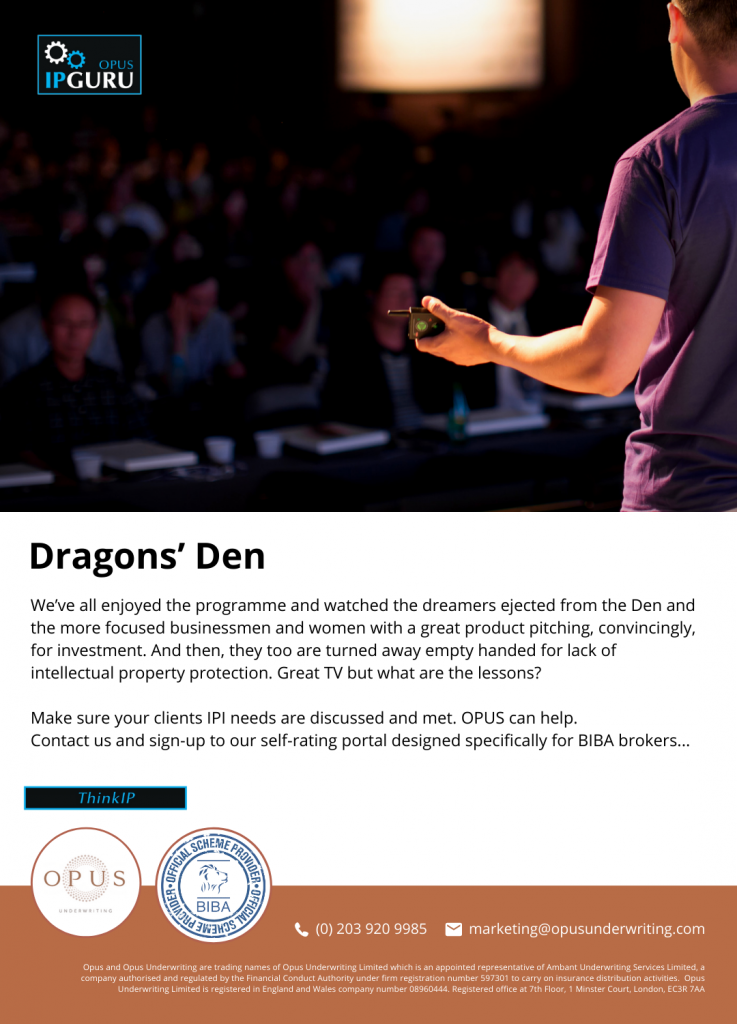 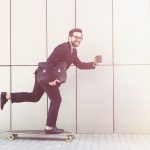