It’s not obvious at first. Lots of us fell for its siren-like allure. But a few months down the track and most folk working in the innovation and creative space will tell you working from home sucks. What’s more there is a definite link between working from home and the suffocation of intellectual property progression. And, it would appear, the bigger the business the bigger the potential loser. The door is cracked open for the ‘ninja’ small business entrepreneur or, as Richard Branson once referred to them as, the

“…nimble and the bold [who] often teach much larger companies a thing or two about innovations that can change entire industries.”

In some cases – nothing. If it’s personal productivity such as the production of reports, renewals, accounts – crunching or customer service interactions, research suggests it’s probably better to let people work where and when they want. Indeed, we all know employees in such roles who self-declared (perhaps a touch too smugly) increased productivity during the first lockdown in March and the months that followed. In all honesty, as I write this piece at home, I’m grateful for the lack of colleague interruption!

But it’s not all good news. Other types of work particularly on the creative side need what is called “collaborative efficiency”. This requirement predates Covid-19 lockdowns. IBM recognised it in 2017 and promptly started getting staff in certain roles back into the office. Put simply, collaborative efficiency is the speed at which a group successfully solves a problem. Physical distance from one another seems to drag collaborative efficiency down. Projects stall, innovation wanes and things just don’t get done. Sound familiar? The reason, according to behavioural scientists, is that collaboration requires communication. And, the fastest communication of all is the right people in the room at the same time, talking to one another and tackling the issue. So last year…but true. Endless email strings, rudderless Zoom meetings and backside covering copying-ins, just don’t cut the mustard.

Never mind the isolation, loneliness and being spot-welded to your mobile devices 24/7, working from home is far worse for team cohesion and innovation than working in the office. Fact.

Research in 2010 involving an office full of engineers, showed that when they shared a physical office space, they were 20% more likely to stay in touch digitally than those who worked remotely. And, according to a report in the journal “The Conversation” in January 2019:

“…employees who were in the same office emailed four times as often to collaborate on shared projects than staff who weren’t in the office. The result, for those sorts of projects, was 32% faster project completion time.”

I need labour the point no more.

So, whilst larger businesses lose their innovative edge and ‘bumble’ along deluding themselves they are well positioned to create new products and new markets being all digitally tooled-up for remote working, there are clear opportunities for the small business. Some say small businesses were always better suited than larger businesses to innovation. They certainly are now. Their advantage, if recognised and utilised, is their ability to pivot quickly to seize an opportunity and their innate skill in executing ideas swiftly. Although resources are limited, they can be marshalled and focussed, and ownership of innovation is typically collective.

Out there in the UK sit so many small businesses on the verge of innovation that could be genuinely disruptive while lockdown and working from home hobbles the bigger players. Their time is now.

“…the theory [and] phenomenon by which an innovation transforms an existing market or sector by introducing simplicity, convenience, accessibility, and affordability where complication and high cost are the status quo.

“Initially, a disruptive innovation is formed in a niche market that may appear unattractive or inconsequential to industry incumbents, but eventually the new product or idea completely redefines the industry.”

You don’t have to look far in our own insurance industry to see examples of how and when that happened.

My money is on the little guy. 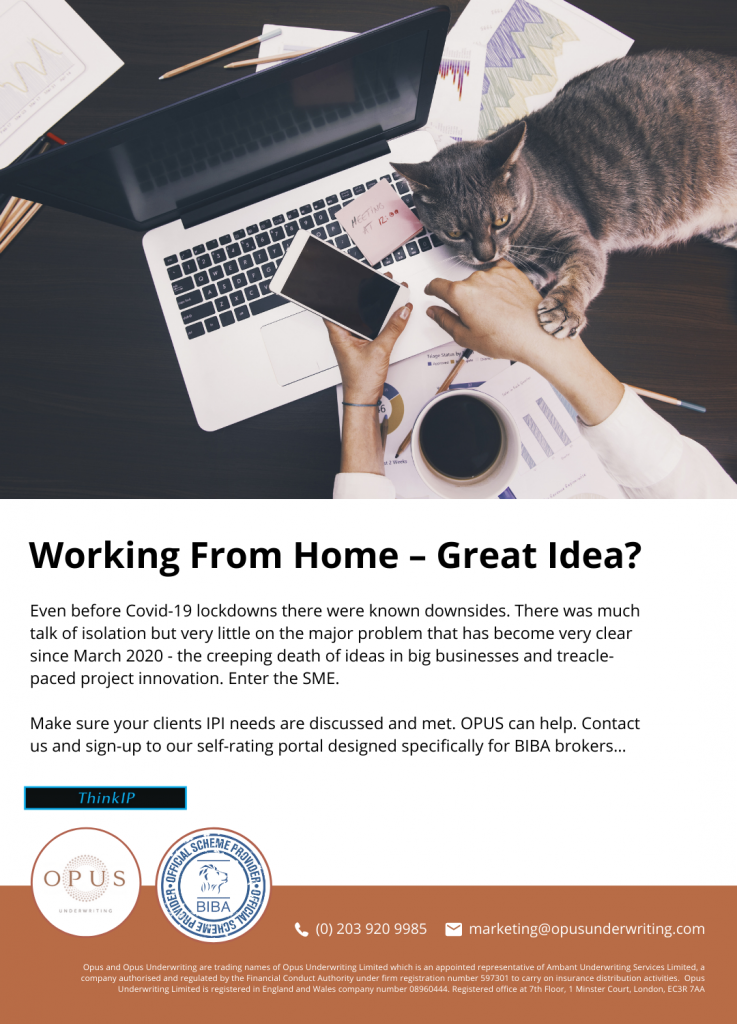 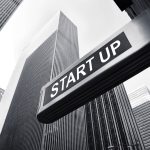 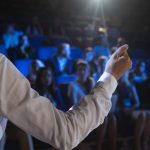