Being an innovator and a creative artist is all well and good until someone steals your work. Worse still, is being at the forefront of utilising new technology or new ways to deliver your arty message. That’s because the more novel the concept the higher the chance the law has no guard to offer. Intellectual property law protection most often follows societal and technological changes, it doesn’t predict them. And so, it was in the first few decades of the 18th century.

Back then a cartoon etching was the modern equivalent of immersive VR technology. It excited the masses. It was the latest ‘thing’. And William Hogarth was one hot, modern artist of his time. His significant genius being to paint satirical themed scenes as a series. They told a story, whether of a Harlot or a Rake.  Charles Lamb the early 18th century English essayist, poet, and antiquarian (think frock-coated, bewigged version of Stephen Fry and you’re about there) said of Hogarth:

Would you like to come up and see my etchings?

Problem was, everyone did. Such was the clamour for his work as soon as it was published it was illegally copied diminishing the value of the original works and thereby Hogarth’s monetising opportunity. For such a talented man of modest means this greatly troubled the son of a father once imprisoned for debt. Hogarth was sharp in wit. This we know. But he was equally sharp in wealth protection and the personal affairs of his pocket.

Had Hogarth told his tales using ‘old technology’ such as a book, he would have been fine. Books were copyright protected and had been since the reign of Queen Anne. But these new-fangled etchings with all their intricate hidden meanings…no such luck.

With a lacuna in the law what’s a man to do? Copyist pirates were more common than in Nassau some twenty years earlier, delivering Hogarth’s work at penny-prices to the satire–hungry public. In some cases, sneaking a view of his latest works under false pretences and copying a version from memory. Hogarth embraced the words of Edward Teach aka ‘Blackbeard’:

“It is a blessing for a man to have a hand in determining his own fate.”

Hogarth devised a two-pronged attack. Firstly, he set himself up with others similarly highway robbed as an outspoken critic of artistic piracy. He lobbied, no less, for a change in the law. Bold move. Secondly, perhaps as an interim measure whilst his lobbying gained traction, he had a cunning plan uncovered only very recently by conservators of his works at Tate Britain. He subtly changed his compositions after they had been copied to get back at the plagiarists. That’ll learn‘em.  Whether it did or not is uncertain. Happily, what’s not in any doubt is the efforts of Hogarth directly led to the Engravers’ Copyright Act 1735. Well done Hogie. More cleverly still, he waited a couple of years for the Act to come into law, before publishing the Rake’s Progress series of prints.

Great Britain now had a statute,

“…conferring exclusive rights, for a period of 14 years, on persons inventing and designing engravings and similar works”

This was first occasion on which British copyright legislation extended to something other than literary works. Only fitting really, the Act became known as Hogarth’s Act.

These days, of course, we take copyright protection for granted on a whole range of things. You can now enjoy protection from people:

And this protection is automatic when you create:

“The more things change the more they stay the same…” Bon Jovi.

Or was it Jean-Baptiste Alphonse Karr “plus ça change, plus c’est la même chose” some 100 plus years earlier…whatever…

Next time you look at an 18th century etching spare a thought for pioneers of change like William Hogarth. A true heavy-hitter capable of influencing seismic shifts in the law. Not only did he change the delivery of satire through visual works but had the tenacity of purpose to change the law to protect it. Worthy of a modern rock hero and certainly a 19th century French critic and let’s not forget, he was a pretty good artist to boot.

Hogarth’s Act wasn’t repealed until 1911. And the technological game-changer that came along requiring a response from the lawmakers? The photograph, of course. Do keep up. 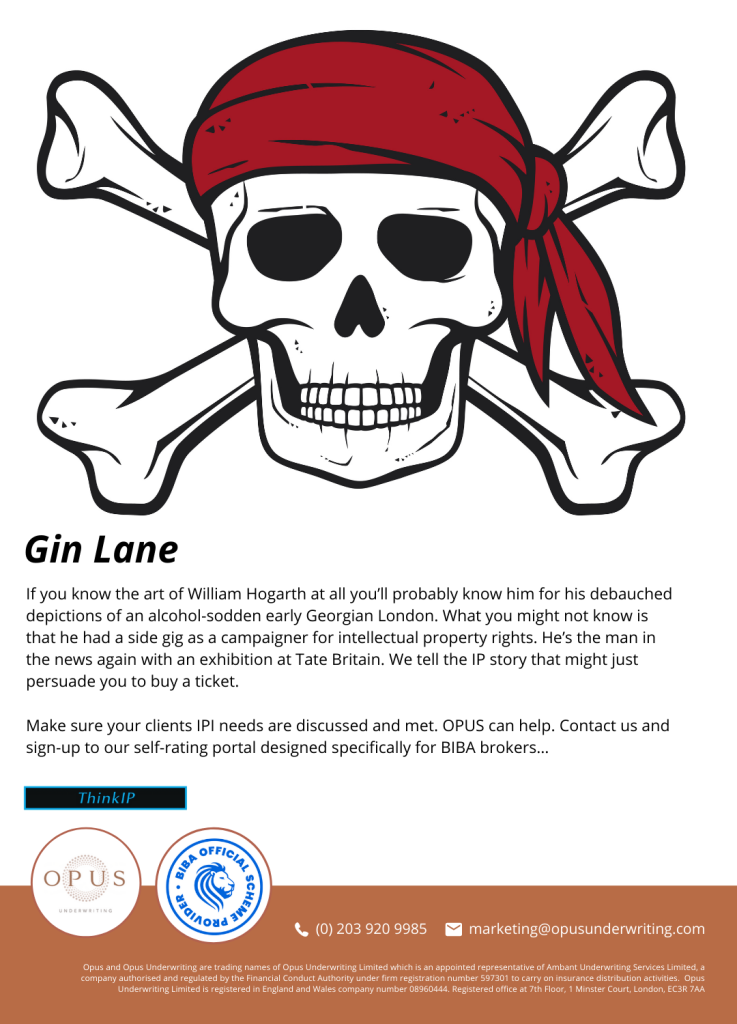