Enid Blyton never wrote this Famous Five book. But it is a true story – of sorts. Let me explain. It all began not so long ago and, in a land, not so far away (here in the UK actually) in an art gallery.

Artist-provocateur Miriam Elia has great artistic imagination and fond memories of 1960’s and 70’s children’s books. In particular, the Ladybird ‘read aloud’ collection, featuring Peter and Jane. Based on and in tune with real titles like “Jump from the Sky” and “Fun at the Farm” Miriam Elia conceived “We go to the gallery”. In Peter and Jane Ladybird style what could be more comical than poking fun at contemporary art through the eyes of six-year-olds observing for the first time the likes of block-colour abstraction, dismembered animals in formaldehyde and Jeff Koons’s metallic inflatable rabbit balloon. An hilarious, self-published parody funded by a kickstart arts-centred, public benefit company that delivered a slam-dunk hit.

Its witty observations struck a chord with folk of a certain age who fondly recalled the read aloud books with their simple one-liners in big, bold, black letters next to dated images of well-dressed and well-behaved 1960’s children. Now we could all openly scoff at what passes as art in the modern world through the children’s expressed disbelief and the adult narrator’s defensive pomposity. What fun. We all wanted a copy to show or give our friends. I know I did.

Whilst the arts establishment didn’t mind the light-hearted attack the corporate publisher, Penguin, certainly did. Elia received legal ‘cease and desist’ threats and sales were halted. The copyright breaches being:

Elia’s defence claim “it’s an artwork”…”I can do what I like” was destined to fail. That was the end of that – you’d think. Far from it for both Elia and the concept.

As true marketeers do, Elia pivoted neatly. She knew she had a winner and needed to re-print. “Ladybird” was swiftly changed to “Dung-Beetle” (without a hint of bitterness) and the original Peter and Jane artwork was replicated by collaging photographs and overlaying them with a watercolour wash. You see, Elia was an artist as well as an opportunist. As an aside it’s interesting to note that Elia simply couldn’t find the right type of wholesome-looking mid-century child in London but in Yorkshire they were just right. Must be something in the tea.

The second edition of 5,000 copies sold out. A mass-market 20,000 run followed. Elia said: “…we set up Dung-Beetle Limited as a joke…it’s become a corporation”

Our story doesn’t end there.

We go to the bank

Penguin didn’t write this book either but it’s what they did. They recognised a good thing and copied the idea. In short order, legitimately published by Penguin, came such spoof Ladybird read aloud style titles as: “The Hipster”, “Mindfulness” “The Hangover” and the classic How it Works series Christmas stocking-filler “The Dad”.

My, how the money rolled in. As one witty fan and commentator on the Miriam Elia story observed; she must track down the book “We sue an artist and then rip off her idea”.

Perhaps a touch unfair on the publisher for those who know their intellectual property rights. And, of course, there’s a bigger picture if you think it through.

Following Elia and Ladybird similar-style publication success, Hodder & Stoughton realised they sat on the intellectual property rights of Enid Blyton, her series books and her signature. Along came “Five on Brexit Island”, “Five at the Office Christmas Party”, “Five go on a Strategy Away Day” and a shedload more too numerous to mention that sold by the truckload as the books became products. The humour on the front cover, the satire, the nostalgic familiarity, a flick through a few funny pages and there you have it.  It’s a product not a book. A fine example of legitimate brand exploitation.

Serious authors and Blyton purists may do well not to complain too deeply. The Blyton IP rights will, in all likelihood, have been purchased for fair value many moons ago. If the publishing house can monetise the brand, why shouldn’t it? A Publishing house eats cash and needs a blockbuster or two to keep going. And if it keeps going flush with easy money, it can take chances on the not so easy money with an unknown author peddling an obscure tale. It’s just how it works. You might be that unknown author looking for that breakthrough book deal.

We really shouldn’t grumble. Just about everyone featured in this story had a happy ending. 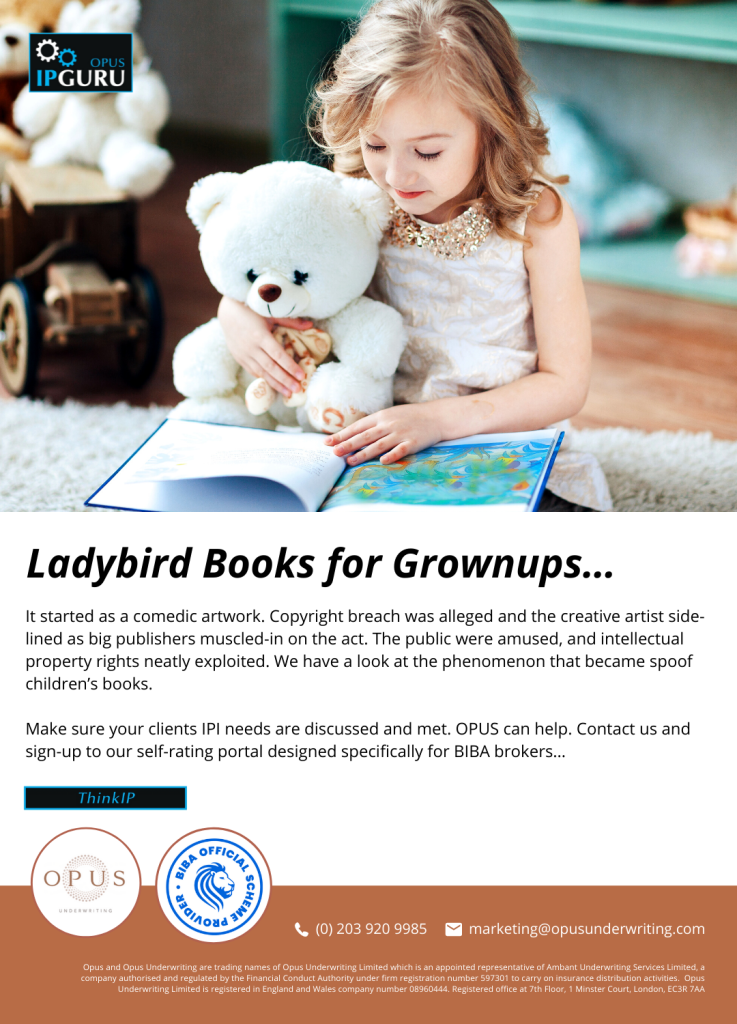 Anarchy in the High Courtnews