Images are a global phenomenon. On that, I think we can all agree. It’s always been that way. In the ancient world, coinage and statues were the purveyors of image conveying power and status to the masses. These days it’s a bit different, far less limited. There are few people on our green Earth that would fail to recognise an image of the current Queen of England whether presented on a cigarette card or digital tablet. Her Majesty is to be congratulated on a global image reach so extraordinary, Alexander the Great would have been envious. But here’s the thing. Whilst an image of Diego Maradona might be recognised globally, the rights protecting that same image are far from universal. In fact, they are omnes super locum or “all over the place” to me and you. So, what is a right to an image in Intellectual Property law, why does it exist and just how disparate are the international rules?

The cult of celebrity

Some actively seek it and some have it thrust upon them. Whether actor, sports personality, musician or ‘pushy-for-fame-at-any-price’ reality TV star, once you have achieved celebrity, your image becomes a valuable commodity. Lend your face to a brand or product, endorse it, sit back and watch it deliver increased profits for the manufacturer. Celebrities want their cut of the spoils and so the concept of protecting the rights over their own image is born. All for money and control. Shallow, maybe, but that’s the plain truth in most cases. Their face is their fortune and they intend to commercially exploit it.

In the UK there is no statutory right of publicity or any distinct right specifically designed to protect an individual’s name, image, or likeness from unauthorised use. That omission aside, there are remedies available to celebrities – just not in one convenient place.

Useful if a business uses a celebrity image without permission to promote their product. To succeed the claimant must show:

The best example being Irvine v Talksport Ltd. Where, without his permission, an image of Eddie Irvine, the ex-Formula 1 racing driver, was used holding a phone with the words “Talk Radio” on it. Irvine sued under passing-off law claiming false endorsement and won. Damages, incidentally, were based on what Irvine would have received for a commercially agreed endorsement.

A celebrity can register a name or a signature as trade mark. Take David Beckham and his brand. His name is registered as a Community trade mark for goods such as perfume, sunglasses and jewellery. An image of themselves may also be registered and if it is, unauthorised use becomes possible trade mark infringement. A warning here for the uber-famous. The more famous you are the more likely that use of your name or registered image will be considered descriptive and therefore not amount to trade mark use. Elvis Presley (well – his post-mortem publicity rights owner actually) suffered this court finding.

This could apply if an image is used without the celebrity’s consent and it falsely endorses a product that could damage their reputation and cause them serious harm. Think of a famous climate change activist endorsing an airline and you get the gist!

Under the 1998 Data Protection Act photographs of a person fall within the definition of personal data. They must be handled carefully, processed fairly and lawfully. These principles could be breached if a celebrity’s image is used, without consent, for false endorsement.

Under Article 8 of the European Convention on Human Rights there exists a right to privacy. It follows, in theory, that if photos are taken of a celebrity in a private setting a claim might arise for breach of privacy in the event of misuse. In 2005 Catherine Zeta-Jones and Michael Douglas successfully used the law of confidential information to protect use of their wedding photos outside of their arrangement with Hello magazine.

If you think the UK laws on image protection are a touch scattered, the solutions of other nations with ostensibly clearer law might not be the answer. Spare a thought for celebrities on other shores.

In the United States there is no federal image right. Instead there are 31 different States with some sort of protection but widely differing in terms of choice, scope, remedy and whether living or post-mortem. A feeding ground for IP lawyers.

On its face, the French civil code droit a l’image protects “likeness, voice, photograph, portrait, or video reproduction”. The problem for the French, it is argued, is the strict and wide requirement for consent before use of an image has gone so far as to turn a cultured people into a nation of court-going image protection-obsessed litigants. There is irony that in the home of Henri-Cartier-Bresson the reportage photographer has become an endangered species.

And finally… taking a photo or video of someone or drawing them in a painting without consent constitutes an illegal act under Article 57 of the Greek Civil Code. Draco would have been proud.

Did Alexander the Great issue permits for his statues…we can only wonder. 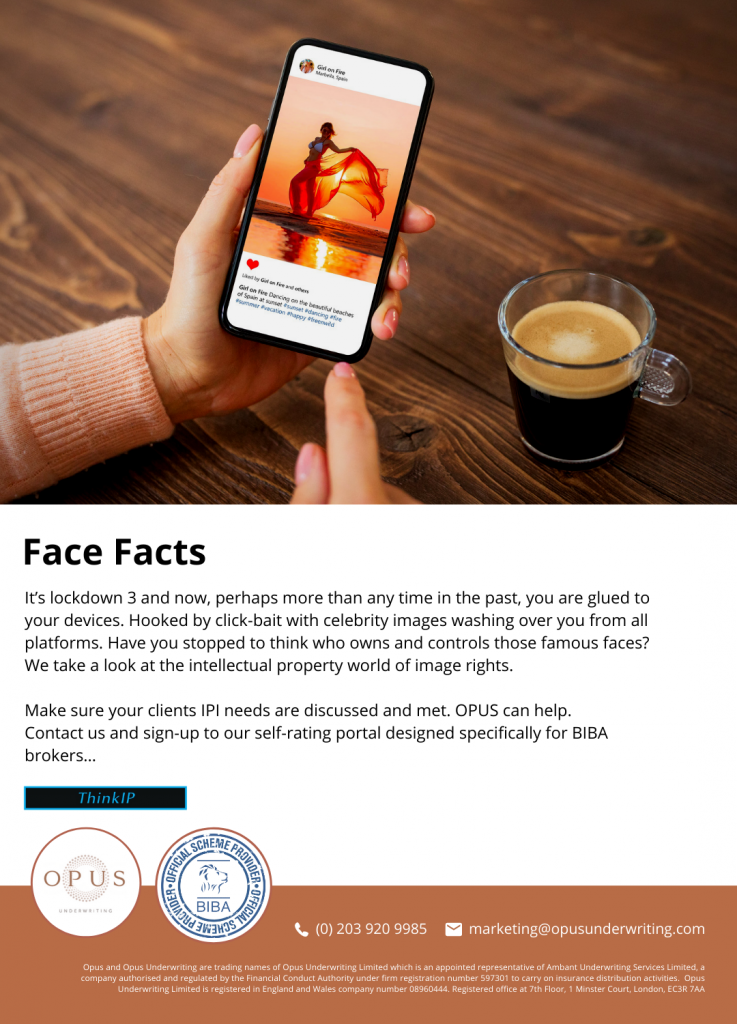