Enough already! Stop with the jingly bells, the evocative sleigh ride lyrics, fake snow and dated ski jumper music videos and Momma kissing Santa Claus chorus lines. That’s quite enough of that. As the first door of the advent calendar is prised open by tiny chocolate-coated fingers looking for their next sweet fix, every public place you go, be it bars, shops, malls and transport hubs, there’s the relentless onslaught of the Christmas popular songbook belting out from every radio and sound system imaginable. From Bing and Bowie to Sir Paul and Wham! Every artist is in on it.

Is it awful? Is it art? Why do they do it? Is it because the songs snuggle us up in a warm, familiar tinsel-edged comfort blanket and get us in the mood to endure the seasonal festivities? Perhaps. More likely it’s all about cash and royalty payments. How joyous…leave that reindeer jumper on…it’s Christmas.

Here’s how and why this song market is so hot and avidly pursued by many-a-musician. Try this. Wander through your office this morning (unless you’re working from home – then just get out more – enough said) humming or whistling Jona Lewie’s “Stop the Cavalry”, I guarantee one of your co-workers will still be humming, singing, or whistling it on the bus on their way home tonight. These songs are catchier than Covid and there’s nearly as much money in them as a decent vaccine.

Before we have a look at quite how much cash these tunes throw off annually, let’s do the hard yards on understanding the basics of royalties. This isn’t easy but it’s worth a try.

First off, if the collective royalties were a family size mince pie, it will need to be a big one to feed the whole ‘family’ behind the production of a song including but not limited to:

The list goes on. Then consider the many possible deals and multi-layered contract clause differences between these folk to carve up the loot. So, straightforward it isn’t but worth the effort if you’re a musician? Almost always.

At its core, royalties are compensatory payments received by the music ‘family’ listed above (possibly others) in exchange for the licensed use of their music. Mostly, it’s institutions paying out these royalties such as TV channels, radio stations and streaming platforms like Spotify. Intermediary bodies collect the royalties for the artists and other stakeholders.

There exist two distinct sets of music rights for every piece of music ever recorded – even Christmas pop tunes.

Typically, songwriters and their publishers owning the harmony, melody, and lyrics whenever an original musical work is committed to writing whether scribbled in a notepad or studiously inked onto pukka sheet music.

This is the copyright for a particular sound recording most often owned by the artists and their record labels who produce the music.

Then there are six types of royalties that can be paid out in different ways and can depend on where in the world you are for process and rates of pay-out. Do keep up.

Let’s have a quick canter through them.

Fast replacing the selling of records and by repute a fraction of what was once made from selling a 7-inch single at W.H. Smiths on a Saturday morning. Did David Essex steal your pocket money or was it a fair trade? Moving on…

Paid out to copyright holders of the sound recording performing artists and labels. They sit next to or ‘neighbour’ performance rights.

Mostly applies to the U.S. and digital radio because over there (not here) airplay does not trigger a payment.

When music is used for advertisements (think no further than John Lewis).

Collected when a song is played in a commercial environment – at the hairdressers perhaps.

Paid out every time a copyrighted composition is reproduced or distributed in either physical or digital form.

So, there we have it. Not “simples”. Spare a thought for the musician writing a great Christmas tune then having to ‘white-water raft’ that lot of royalty regulation whilst beating off intermediaries with the pointy end of their guitar. Yes, they really do suffer for their art.

But Hell, if you’re still in the raft when the rapids subside, the Christmas paydays can be awesome. NME did a terrific feature on exactly this a year or so ago and according to their seminal study on Christmas tune royalties let’s see how it works out for some of those perennial favourites.

Noddy Holder once said ‘Merry Christmas Everybody’ (1973) was a nice little pension. Slade’s hit is said to pull in over £500,000 a year. A little of that goes directly to the chap who wrote the chorus.

But what about The Pogues and Kirsty MacColl I hear you ask? ‘Fairy tale of New York’ (1987) is the classic Christmas hit for so many folk. Fun fact: It started with a bet between Shane MacGowan and Elvis Costello. The latter saying The Pogues could not write a Christmas song. Boy, did they win that bet. In 2016 it was reckoned this hit earned MacGowan £400,000 a year.

What about our Jona Lewie and your distracted whistling colleague? 74-year-old Lewie earns around £120,000 a year from the track ‘Stop the Cavalry’ (1973). Lewie was quoted in the NME piece as summing up his position as follows:

“’Stop The Cavalry’ constitutes 50 per cent of my real income…I do everything on the track. I write the lyrics and the melody, so that’s all the publishing. And because I’m a musician I can do all the backing track, so that’s all the recording royalty. I was a one man show”

He nails the position with this line:

“And if you can geta track associated with Christmas, you get annual regurgitation, and potential for earning every year.”

Wish I was at home for Christmas

You win Jona. It’s a banging tune and you totally get the royalty system. Good luck to you.

And a Happy Christmas from all the IP team here at Opus. 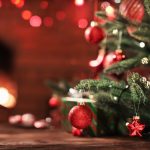 Do They Know It’s Christmasnews 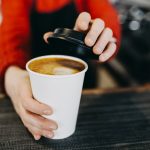