Take Bitcoin – nope, I don’t understand how it works either. But we do know it divides opinion, creates bewilderment in most folk, promotes electronic mining capable of draining a national power grid and could be our future. But none of that is important right now in terms of intellectual property rights. This secret currency just got weirder.

There’s a middle-aged chap in Surrey who claims he invented Bitcoin. He’s a computer scientist originally from Australia by the name of Dr Craig Wright. He claims in 2008, under the name of Satoshi Nakamoto, he published an academic white paper entitled “Bitcoin: A Peer-to-Peer Electronic Cash System”. It was this paper that excited enthusiasts into blockchain linked digital assets and crypto currencies. Safe to assume it never hit the ‘best-seller’ lists. Scoffing aside, this claim has led to legal proceedings against Cobra, owner of Bitcoin.org.

Will the real Nakamoto please stand up?

Dr Wright’s lawyers say Cobra is infringing his copyright and want his paper removed from its site. Largely, or so it seems, because he doesn’t align himself with Bitcoin’s vision of his alleged creation. In its defence, Cobra say quite a few people over the years have claimed or have been claimed to be Satoshi Nakamoto and Dr Wright has thus far been unable to verify himself cryptographically as that entity.

There’s quite a bit at stake since some estimate the real inventor of Bitcoin could well be the 25th richest person in the world. That is…if it’s a person at all.

There’s no doubt it’s a tricky IP case for Dr Wright to pursue since despite registering copyright in the Bitcoin whitepaper and the code for Bitcoin 0.1., the U.S. copyright office have said it’s not its job to investigate whether there is a provable connection between Craig Wright and Satoshi Nakamoto. This leaves Dr Wright with the relatively blunt legal instrument of libel actions against those who deny he is the inventor. There has been a flurry of those in the UK including against Vitalik Buterin, the founder of another mystery currency gaining investor traction – Ethereum – who called him a fraud.

The disputes emanating from alleged creator status do raise an interesting IP question; would it be possible to patent Bitcoin?

Bitcoin is a blockchain technology. That is, a decentralised database using cryptographic algorithms making it safe, open, and reliable despite no overseeing governing body managing the data. Thereby, Bitcoin trades without any bank supervising the transactions. It’s a FinTech solution.

Most national patent laws are similar, requiring an invention to deliver a technical solution to a technical problem. Abstract, intangible solutions cannot be patented to afford a monopoly. For example, if you discovered a new law of physics you might get a Nobel prize but not a patent. Bitcoin’s online financial transactions are abstract and not ideal patent material. That’s not to say it will never happen.

Patent law has its roots in history going back centuries. Most ‘modern’ patent law is 19th century. Patent law is rapidly changing and trying hard to keep up with things like FinTech. It’s getting there. Patents for cryptocurrency software and mobile payments have been granted in the last three years.

If a FinTech solution like Bitcoin was able to get its Patent application paperwork to satisfy current law and be properly described, numerically reasoned, and accompanied with relevant embodiments, who knows?  At the moment, that’s a big ask.

Before you spark-up your Robinhood day-trader platform and bet your chips on Bitcoin or Ethereum (other cryptocurrencies are available), a word to the wise from the Sage of Omaha, Mr Warren Buffet:

“Nobody tells you when the clock’s going to strike twelve and it all turns to pumpkins and mice.” 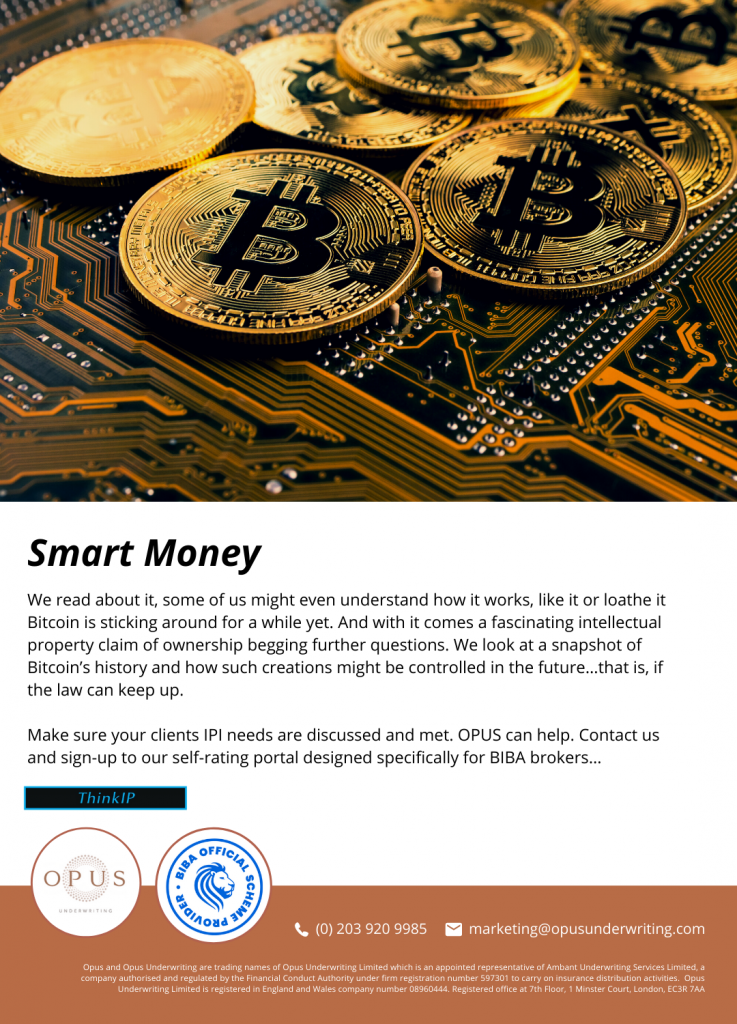 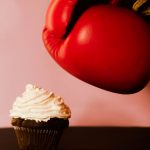