Or is it. We are, of course, referring to Joe Biden’s support of intellectual property waivers in the belief this move will deliver much-needed vaccine to the poorer parts of the world. At this point we refer you to our earlier post in February entitled “Vaccine Wars” which now appears prescient having been written after the first faint whiff of calls to waive vaccine patents.  We said then, and now repeat, this no simple ‘Robin Hood grab’ from rich ‘Big Pharma’ to give to the poor. There’s a little more to it than that.

Panic in the streets

Who could not be rocked to their humanitarian core by the recent media coverage of the coronavirus pandemic hitting India? Couple these awful scenes with a prediction that the populations of some poor nations are not expected to be substantially vaccinated until 2023 and it’s enough to wobble the President of the United States. Or so it appears.

In the blue corner

We have liberal democrats backing global patent waivers to correct a worldwide imbalance of coronavirus vaccine supply. The case against not helped by the predicted stratospheric profits of firms like Pfizer and Moderna this year, which are expected to deliver $26b and $19.2b respectively. The forum for the battle is the World Trade Organisation and negotiations are expected to be intense. The theory is straightforward. By waiving patents, the life-saving drugs can be manufactured all over the world, cheaply and locally thereby accelerating world population inoculation against coronavirus which is in all our best medium to long-term interests especially the rich, trade-hungry western nation economies.

…and in the red corner

One enormous backlash. U.S. Big Pharma argue such a waiver risks wiping out investment in future innovation and disrupting rather than aiding the response to the pandemic.  Michelle McMurry-Heath, president and chief executive of the Biotechnology Innovation Organisation said Biden’s move was a “…dangerous precedent…” and a “…myopic decision…” that could adversely affect patients around the world.

There is growing evidence waivers alone will not deliver a solution. The greater issue is the transference of technology to poorer countries. The argument is that having the right to produce vaccine is, on its own, useless without the specialist training, personnel, equipment, and background scientific know-how that goes with it.

Whilst it is possible to reverse engineer a pill, like a statin for example, this isn’t so with mRNA vaccines where you need to know how to make it with all the accompanying specialised equipment. In full opposition to Biden, Germany’s Angela Merkel supports the view, expressed through a spokesperson, that:

“The protection of intellectual property is a source of innovation and must remain so in the future.”

There is little doubt that, as it stands, the Biden announcement on waivers has divided the European Union. The key dissenting voice in Europe being Macron who is in favour of the move. Some say, perhaps unfairly, this view is driven by France being the only permanent member of the United Nations Security Council with no intellectual property stake in a vaccine.

It is quite possible the understandable reasoning of big pharma paying something back to society in return for the billions in public money they have received, that waiver of patents is not the way forward despite its attractive simplicity. It should also be noted the Biden announcement is cost-free. As one observer put it:

“…it would be a shame if this takes the heat off the United States and other high-income countries to do everything else that is required” to tackle this pandemic and his announcement doesn’t “…add a single dollar of financing to Covax”. Food for thought.

The funding of Covax is, perhaps the best way to deliver vaccine globally on this occasion. It’s certainly the desired route according to Harry and Meghan who have been busy penning open letters to the chief executives of the big pharmaceutical companies precisely seeking this. They could be wise. 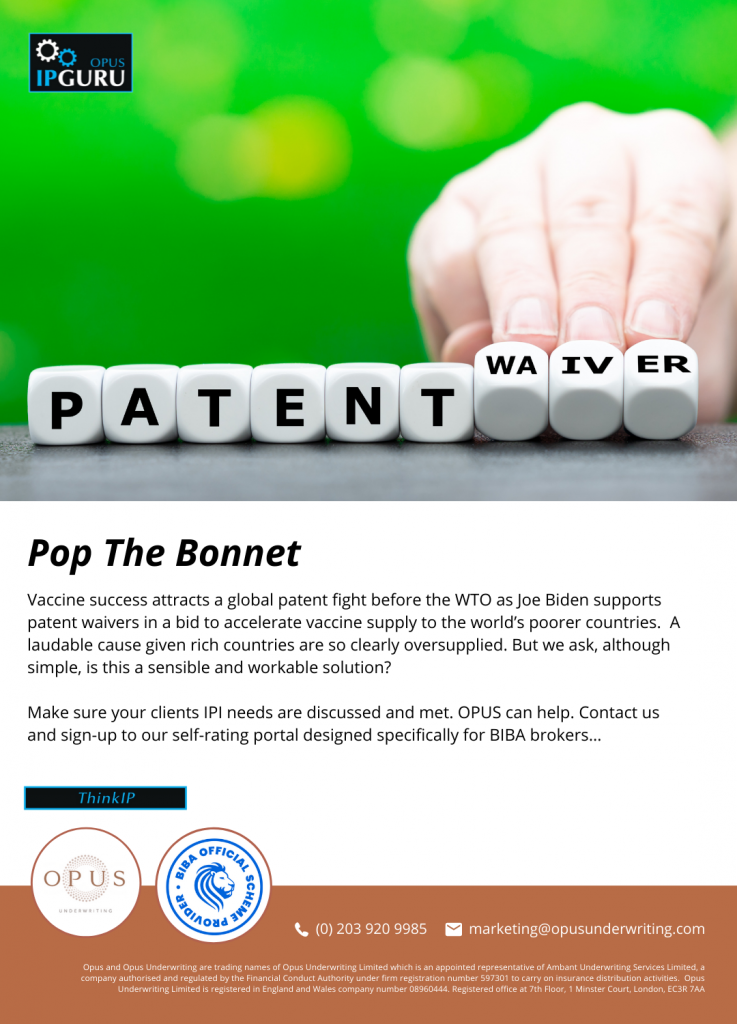 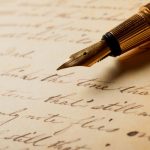