The right to bare arms

…or a heavily inked ‘sleeve’ if that takes your fancy. It’s a free country. But be careful your tattoo doesn’t offend. No, not other folk, who cares? We’re looking at possible copyright law infringement. Yes, it’s quite possible as a recent case suggests. Fear not, if you are the owner of an inked skin canvas containing wonderful imagery, there’s no suggestion (yet) you could be seized or impounded for intellectual property theft. It’s a problem, if one exists at all, for your tattoo artist. Still, you could be a court exhibit. If you have the time, that sounds like fun and it may even pay reasonable, receipted, travel expenses.

My body is my journal…

Let’s start with a statistic. According to a YouGov poll in 2015, 20% of adults in the UK have a tattoo. Seven years on, it could now be far higher. We sure like our skin art in Blighty and its acceptance in certain customer-facing jobs (like the Police, retail, and banking) is as official as it is visible. No longer the preserve of sailors, rock-stars and footballers, its growing popularity naturally draws tattoo imagery towards flirtation with copyright law infringement.

At its most basic, copyright protection extends to a maximum of 70 years from the death of the artist. As one legal commentator succinctly put it:

“…you can tattoo a copy of a Leonardo da Vinci on to someone, but you would need permission to use Salvador Dali.”

It follows that an image of a current pop idol might cause some difficulties. Or even, (see later) one not so current such as jazz legend Miles Davis.

Wear your heart on your skin…

Picture Mike Tyson’s facial tattoo. It looks tribal – vaguely Māori or some such. It’s not. It’s the creation of artist Victor Whitmill. It wasn’t copied from a flash sheet. So, when the Warner Brothers movie Hangover came out and for comedic effect the plot had one of the characters similarly tattooed whilst drunk, Whitmill sued them for copyright breach. Warner Brothers said it fell under “fair use” and was a parody. The case settled with Whitmill securing a damages settlement.

Tattooed American footballer, Colin Kaepernick, he of bended knee fame, had his tattoos featured in a video-game franchise. Neat commercial thinking. Even neater, before doing this he secured permission from his tattoo artists to use their artwork in this money-spinner. But when a basketball game came out featuring LeBron James and Kobe Bryant’s tattoos with no artists permission, they were sued.

I am a canvas of my experiences…

Jump-cut to 2017 when a lighting technician called Blake Farmer got a tattoo of Miles Davis from celebrity tattoo artist Katherine Von Drachenberg – or Kat Von D as she is known. She’s a great talent and it’s a beautiful tattoo. Look it up. That’s as maybe, but Jeff Sedlik is a photographer, and he took the iconic photograph of Miles Davis back in the day, that Kat used when she inked Blake. Jeff Sedlik sued Kat Von D saying she had breached his copyright by reproducing the image on Blake’s skin and, worse still, the image of her tattoo was all over her social media accounts.

It kicked off in court in March this year. Sedlik sought a ruling on infringement and Kat Von D defended arguing “fair use”. In layman’s terms this defence is where the second artist’s ‘reproduction’ is sufficiently different from the original that it represents a mere interpretation. Moreover, that Von D didn’t copy any “protectable elements”, as the law puts it, from Sedlik’s legitimately copyrighted photograph.

Well, we’re not done with this dispute just yet and the outcome is not predictable as it appears to be heading for a jury trial. Will Blake and his skin be called? If it’s not settled, we’ll find out.

They keep track of time…

Should regular tattooed members of the public be worried this summer as they bare all on the beaches of the UK and the Spanish Costas? Should they instruct and take along, sharp-minded lawyers to negotiate image rights when they next visit the parlour? Probably not. What we can say is, just because you’ve paid for the tattoo it doesn’t automatically follow the image rights transfer to you. That would be way too simple. What if you jointly design an image with your tattooist and have physical depictions to demonstrate its evolution and ownership? That could lead to shared rights and a bit of a mess, frankly, if later disputed.

What If, like Blake, you are the recipient of an allegedly infringed work? Take comfort from the obvious. Copyright protection is all about money and an original works value or potential market. As you stroll up the beach exhibiting the work, it’s most unlikely to be for profit and would not affect the work’s value or market, however proudly displayed.

“Technically, all tattoos are temporary, even permanent ones.”

So said the philosopher and social commentator Mokokoma Mokhonoana. 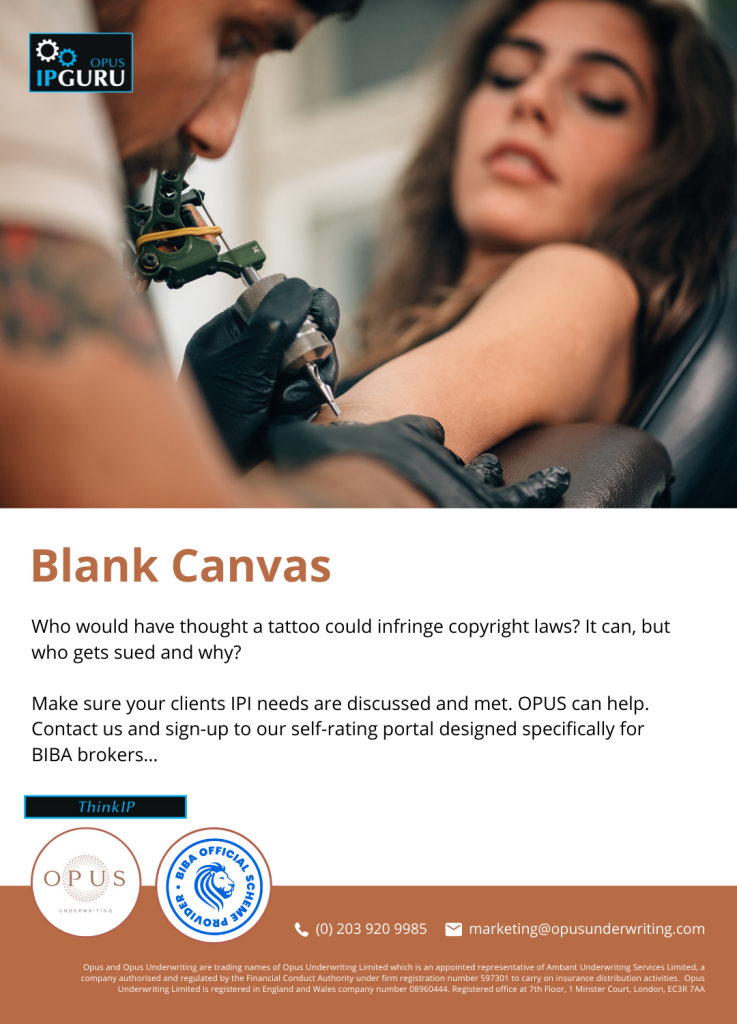 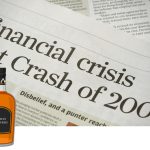 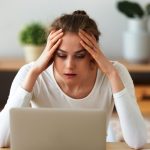