Another Formula 1 season draws to a close. It was an exciting, if crowd free, spectacle that didn’t disappoint. Hamilton was crowned Driver’s world champion again for the seventh record-equalling time. This you know. What you might not know is that Hamilton fought a battle off the track as the season ran on involving an allegation of patent infringement. As OPUS always like to remind you – intellectual property disputes are everywhere.

Race-followers will recall that terrible crash in the Bahrain Grand Prix where Romain Grosjean miraculously escaped an inferno that followed his car being sliced in two having hit a barrier at high speed. The back of his car sheared off from his safety shell and the cockpit protector hit the upper section of the barrier, saving Grosjean’s head from the impact. Grosjean’s harrowing account of how he broke free of his cockpit with a broken, shoeless, foot and the skin on his gloved hands melting in front of him is no easy read. How on earth did he survive that crash? The answer is attributed in part to luck but mostly a cockpit safety system called the “Halo”. And, it is the Halo system that dragged Hamilton into District Judge Alan Albright’s court in the U.S. this Autumn.

The Halo is a cockpit driver protection system used in open-wheel racing. In essence it’s a nine-kilo, curved titanium bar anchored at three points to the vehicle frame that shields the driver’s head in the event of a collision. We know it from televised Formula 1 racing and the celebrity drivers it protects but it’s mandatory in all F-class racing and has even found its way into the IndyCar series. Experts have calculated that it alone can increase driver survival rates by 17%. Critically, in the infringement case involving Lewis Hamilton, the Halo system is not developed by the F1 teams but is manufactured to set standards by regulator-approved third-party suppliers.  It’s level of importance in modern racing is perhaps encapsulated best by ex-driving ace and racing safety campaigner Jackie Stewart who compared the introduction of Halo to “…the introduction of seat belts…”

The case against Hamilton is an odd one. It was brought by Jens Nygaard who holds the patent on the original Halo. Nygaard initially sued the Federation Internationale de l’Automobile (FIA), Formula 1 and others responsible for using the Halo in all F1 cars. Hamilton drove his F1 Mercedes, he didn’t make the device nor was he part of the decision-making process to install it. He was a customer not the supplier.

The nub of Nygaard’s case for infringement was that he had been asked to pitch his patented Halo concept (and others) to the FIA and did so in 2012. The FIA liked the ideas but declined his licensing offer. Despite knowledge of the collaboration between the FIA and him, Nygaard alleged, Mercedes, Red Bull and Ferrari imported the Halo and similar devices from 2017. Nygaard maintained that in doing so his intellectual property rights had been infringed. Moreover, Hamilton infringed Nygaard’s patent when he drove the Mercedes fitted with the Halo.

The court cleared Hamilton of patent infringement via a neat side-step. The FIA was adjudged the true defendant as supplier and, in law, the supplier took precedence as defendant over a mere customer. Perhaps Hamilton was added to the suit as a defendant out of frustration with the F1 supplier’s intransigence or as a profile-raiser for leverage, or both. We will never know the true motive, but we do know he was sucked into the action and forced to defend his position.

That’s the thing about IP actions and infringement proceedings – they have a long reach.

Meanwhile, the story of this life-saving great design continues its path through the IP courts.

The last word should go to Romain Grosjean speaking from his hospital bed:

“I wasn’t for the Halo some years ago, but…without it I wouldn’t be able to speak to you today.” 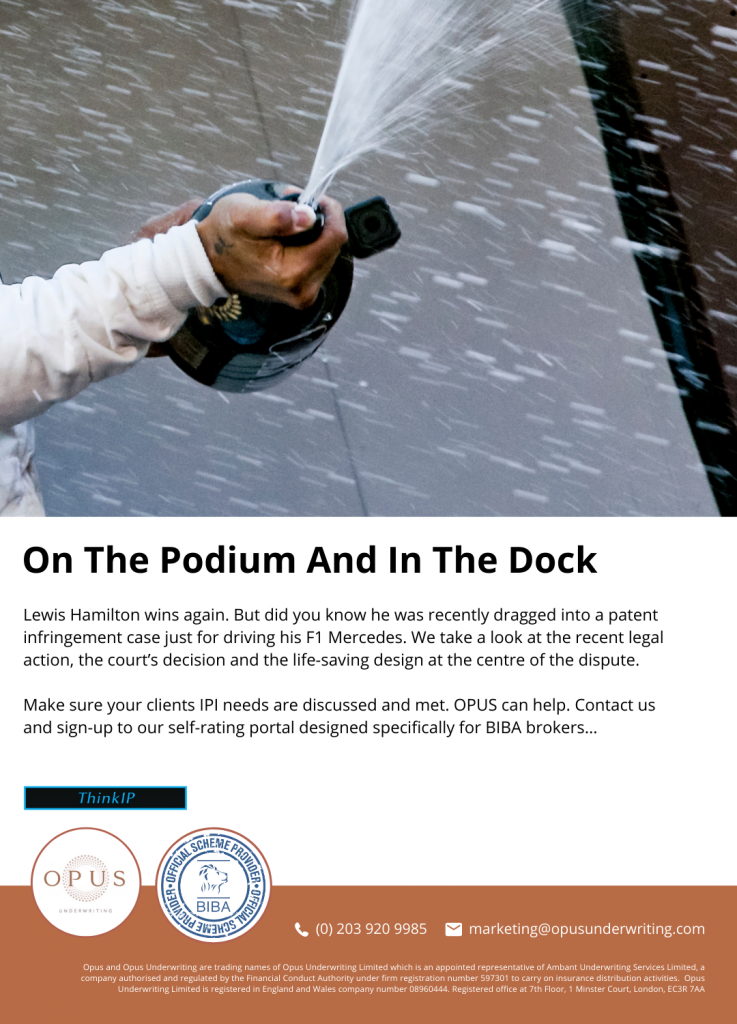 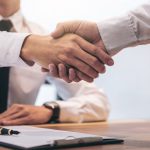 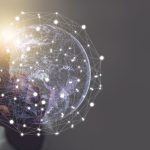